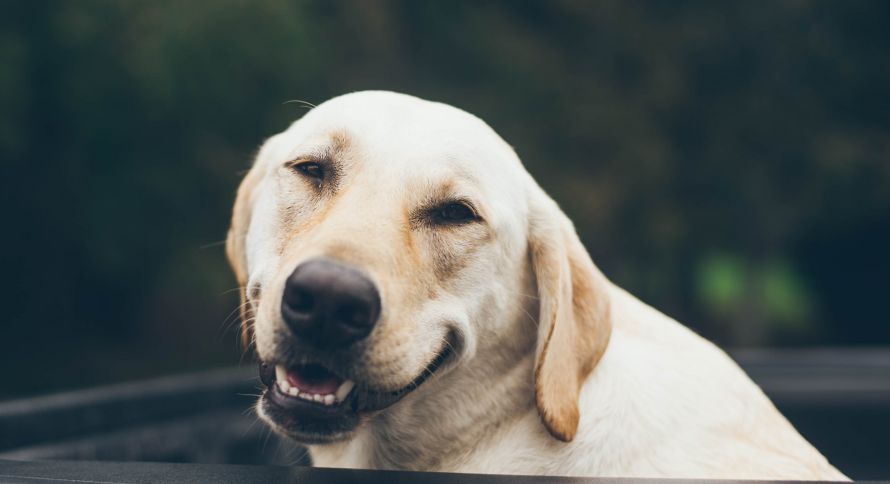 How old is your dog in human year equivalents? Latest gene research provides a new formula!

The rate that our fur-friends age is under the microscope. We take a look at the results from recent research into aging markers in genes, and we have even made a dog age calculator for you to try!

There is a well-known axiom that one dog year equals seven human years, but this formula just does not stack up, especially for smaller breeds that have been known to live into their 20’s! This traditional formula is simply derived by looking at the average life expectancy of humans of 70 (at the time) and the average life expectancy of dogs (estimated at 10), and providing a simple mathematical conversion!

There must be a better way to estimate the age of our dogs in human terms. In this article, we'll explore the latest thinking about dog aging, and delve into the research released earlier this month that looks at genetic age markers to establish a more accurate dog age formula!

Of course, all of us dog-lovers know that different breeds and dog sizes can have significantly different life expectancies, and a formula to calculate "dog years" from human years can only provide a rough guide. The rate of aging in humans in different parts of life might be totally different from that of dogs.

An interesting study published in the Aging Cell last year into the morbidity and mortality data from over 100,000 humans and 70,000 dogs (in the US) produced survivorship curves as shown belowon the right. This instantly highlights that there is no difference in longevity of dogs based on their sex whereas human males have increased mortality compared to females at all ages.

The slopes of the hazard curves suggest significant differences in the rates of aging in the two species, especially in the earliest ages, with dogs having higher starting hazards as compared to humans.

Figure from The companion dog as a model for human aging and mortality. 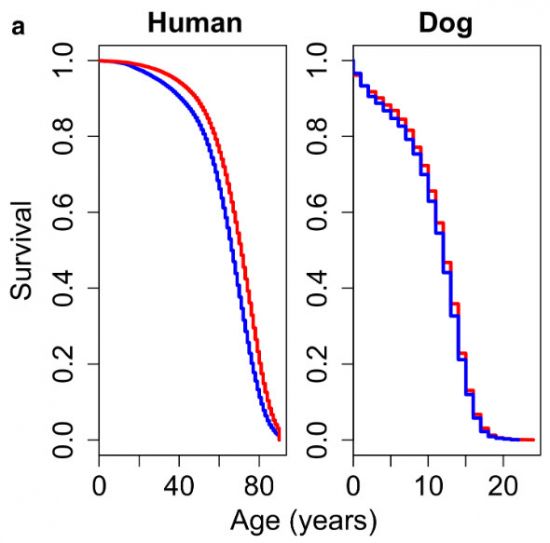 The American Veterinary Association (AVMA) includes a page about senior pets on their website. They consider that small dogs are considered “senior” at seven years of age, larger dogs when they are five or six. They even provide a simple chart to convert dog years to human years.

Age: Estimated Human Equivalents for Older Pets according to the AVMA Website

The chart above from the AVMA Website is based on estimates and its clear that there is still a lot to learn about dog lifespan. To this end, the AVMA has launched the Dog Aging Project with the goal to understand how genes, lifestyle, and environment influence aging. They plan to review the health and longevity of 10,000 dogs and identify factors than can improve healthy lifespan. You can even nominate your dog to be part of the study!

This month researchers published the results of new research into this age-old question in the preprint repository bioRxiv. This new research looked at common epigenetic changes in 104 Labradors spanning a 16 year age range. An epigenetic change is a chemical change in gene expression which affects how the cells read the genes. In simplest of terms, scientists have discovered that the aging process is reflected by DNA methylation – the addition of methyl groups to the DNA molecule.

The rate these methyl groups are added is dependant on our DNA, and also the stresses and toll of disease and poor lifestyle habits. This forms a biological clock known as the epigenetic clock which can be used to calculate an age estimate and even a prediction of life expectancy!

The researchers decided to look at a single breed, Labrador Retrievers, and scan DNA methylation patterns. Results showed similar age-related methylation to that of humans, particularly evident in the young and old ends of the spectrum.

The researchers matched up the rate of methylation changes in dogs with that of the human epigenetic clock to create a new dog age conversion formula.  This formula applies to dogs older than 1, calculates that a dog’s human age roughly equals the natural logarithm of the dog's age, multiplied by 16, plus 31 (16 ln(dog age) + 31).

The formula generates a VERY non-linear relationship between dog age and human age. Based on epigenetic clocks, dogs age extremely quickly in their first few years, but then this aging slows down dramatically. 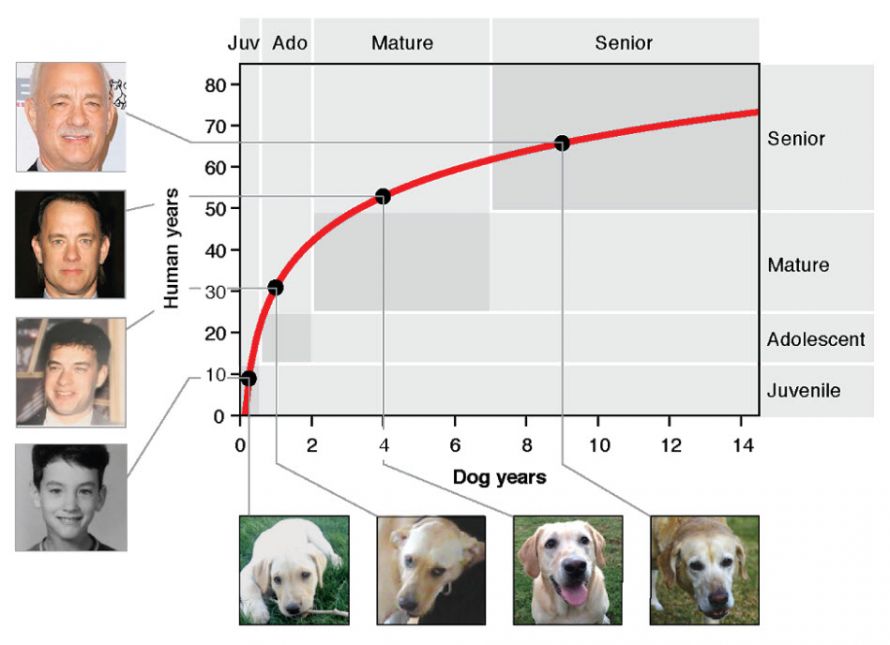 It's important to understand that this formula based on genetic aging markers in Labradors, and provides results on one method of calculating aging rates! How much the formula correlates to other aspects of age-related behaviour remains to be seen.

Below is a simple age calculator we have created that generates the equivalent human age for dogs based on the 3 methods discussed here. You can enter the age of your dog to see the results, but remember this is all based on simple formulas and the reality is that there is a lot of variation from breed to breed, and between individual dogs!

*Please enter an age of 1 or more

At the end of the day, aging is a natural unavoidable process that affects every living organism on the planet. Age itself is not a disease, but senior pets develop age-related problems. We should welcome research like this as the more we learn about aging the more we can do to increase healthspan, the period of life spent free from disease. We look forward to seeing the results from the AVMA Dog Aging Project which will include the epigenetic profiles of its canine subjects. A better understanding of the factors that contribute to health and longevity will lead to longer happier lives for our pets!

Similarly, at Paws In Motion our goals are to minimise the effects of aging, and ensure that our doggie buddies remain active and fit for life! By improving the environment that our pets inhabitat, reducing daily stresses and strains, and by providing support and timely treatment we can ensure the best possible quality of life is maintained long into the golden years.

We all owe it to our pets to understand them as fully as we can, and to provide long into their senior years. To this end, Paws in Motion is running their course designed for the owners of senior dogs, "Understanding your Senior dog and their changing needs." More information is available at the link below.

Understanding your Senior dog and their changing needs 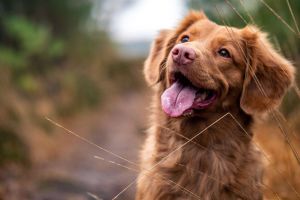 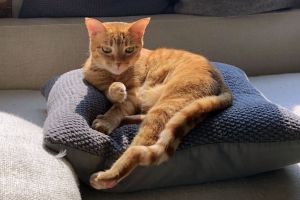 Is your cat less active now simply because of old age, or could they be suffering from osteoarthritis? The early identification of the degenerative joint condition, osteoarthritis (OA) in cats isn’t always straight forward but it is very important that cat owners spot this disease early to minimise its debilitating effects and provide the best quality of life.
Read More 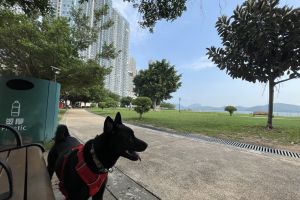